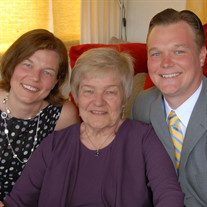 Vija Reinfelds departed this world on March 14, 2022 at the age of 81 after a short battle with cancer. She was born on May 21, 1940, the second of three daughters of Vilhelms and Veronika Briedis in Cesis, Latvia. At the age of five, with World War II drawing to a close and the Soviet army sweeping through the country, the family was forced to flee their homeland with all their worldly possessions. Vija’s parents and the three small children found refuge in the displaced persons camps established in Germany after the war. Like many other Latvian refugee families, Vija and her family found passage to the United States thanks to Mississippi cotton farmers and Christian charities that sponsored postwar refugees. The family found their first home in a modest cabin in Senatobia, Mississippi. In Senatobia Vija settled into attending school and began to learn English, but also picked cotton to help the family pay off the agreed to debt in exchange for coming to America. Vija’s father traveled north to Chicago for the better paying construction jobs and was able to send for the family sooner than expected. The whole family eventually settled in Chicago. Vija continued her education in Chicago, graduating from Taft High School and Roosevelt University with a BS degree in Teaching. She had a love for adventure and languages and after university spent two years living in Germany, mostly near Bonn, studying, learning the language and traveling Europe with other Latvian friends in her free time. She had very fond memories (and some great stories) of her time spent abroad. Upon returning to Chicago, she worked as a schoolteacher at several schools including Nathan Hale Elementary. She was very active in the Latvian community and eventually met Visvaldis “Reinis” Reinfelds playing volleyball. They wed in 1969 and eventually welcomed a daughter, Renate, and later a son, Pauls. Vija became a stay at home mom, but always remained involved in the Latvian community, always contributing at the Latvian Lutheran church in various roles and taught 6th graders at the K. Barona Latvian school on Saturdays for over twenty years. In 1988, she lost Visvaldis to cancer and she became a single mom tasked with caring and providing for two young kids. She went to work at Standard Marble and Granite, managing the books and office, where Visvaldis had been a co-owner. Amazingly, she never stopped supporting her kids and treated every sports game, concert, or camp as an adventure to be had. She was a staple to be seen in the bleachers after work and a willing participant on any road trip when needed. That spirit never faded throughout the years, and she was able to sit in the bleachers for her grandkids games and go on trips with them, near and far. Many in the Latvian community will remember her special custom-made torts, which no social event was truly complete without, or perhaps the baking of “piragi” and “piparkukas” for the church’s annual Christmas fundraising bazar. In 2017, when hearing that the Latvian pre-school “Starins” was having trouble finding suitable food options for the kids, she simply became the cook there. She became known to the children there as “Vecmamma”, or Grandma. All the children could be heard calling out to her upon seeing her. It has been reported that several of the Starins school families have had to change their home pancake recipes since they were not as good as the ones made by Vecmamma. She was always positive, always willing to help and always found a way to make it look easy. Vija is survived by her sister Liga (John), half-sister Inga (Russell), daughter Renate (Ansis), son Pauls (Kelley) and 7 grandchildren Lita (17), Reinis (15), Sofia (13), Peteris (12), Aerin (12), Laila (10), Elise (7). In lieu of flowers, the family has requested to please donate to Starins: Zelle – [email protected], or Venmo - @ChicagoLatvian-Preschool, or Check to Chicago Latvian Preschool, 4555 Church St #100, Skokie, IL 60076 A memorial service will be planned at a later date.

Vija Reinfelds departed this world on March 14, 2022 at the age of 81 after a short battle with cancer. She was born on May 21, 1940, the second of three daughters of Vilhelms and Veronika Briedis in Cesis, Latvia. At the age of five, with... View Obituary & Service Information

The family of Vija Reinfelds created this Life Tributes page to make it easy to share your memories.

Send flowers to the Reinfelds family.