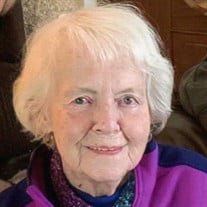 Thekla Maria Noegel (nee Lampen), age 85, of Prospect Heights, IL, and Sanibel, FL, formerly of Chicago; beloved wife of the late Henry J. Noegel; loving mother of Gary, Linda Sullivan, Thomas (the late Barbara) and John (Donna); loving Oma of Franklin (Courtney) and Tommy; great grandmother-Omi of Henry Sullivan; dear daughter of the late Hermann and Gesina Lampen; dearest sister of the late Hans, the late Gerhard and Wilma (Josef) Viereckl; dearest companion of Carl Rudolph; and a loving aunt of many nieces and nephews, both in the United States and Germany. Thea was born in New York City, NY, on June 27, 1935. She returned to Germany just before her 1st birthday and was raised there until she was 16. Shortly before her 17th birthday in March of 1952, she returned to the United States and came to live in Chicago. She worked in a factory and went to night school to learn English. She met Henry, affectionately known as Hank or Heinie, who was also from Germany and they married on March 4, 1954. Together they opened up a neighborhood grocery store in Chicago which they operated for many years. They moved to Northbrook in 1974 and opened Edelweiss Delicatessen in Palatine in 1976. After the passing of Hank in February 1994, she continued with the business, retiring in late 1995. Thea was active in the church and school communities from volunteering to count Sunday collections to being treasurer of the high school Mother’s Club. Wherever there was a need, she was always ready to step in. Sanibel, FL, was a very special destination and eventually she became a permanent resident so she could escape the cold, snowy winters of Chicago. She met her longtime companion, Carl, in 1996 and they enjoyed life together, traveling to Europe and around the U.S. and spending time with their many friends and family. Recently moving from Prospect Heights, Thea enjoyed life in her comfortable ranch home at Saddlebrook Farms. In the end, family was with her as she peacefully left this earthly world to be with the Lord. John 11:25-26 Jesus said to her, “I am the resurrection and the life. Whoever believes in me, though he dies, yet shall he live, and everyone who lives and believes in me shall never die. Do you believe this?” Romans 6:23 For the wages of sin is death, but the free gift of God is eternal life in Christ Jesus our Lord. She has seen the face of Jesus and is resting in His peace! Visitation 3 pm to 8 pm Thursday, May 6, 2021, at Matz Funeral Home, 410 East Rand Road, Mount Prospect, IL. Services at the funeral home on Friday, May 7, at 10 am. Interment at All Saints Cemetery in Des Plaines, IL. In lieu of flowers, memorials will be appreciated for St. Jude Children’s Hospital. For further info, call Matz Funeral Home at 847-394-2336 or visit www.matzfuneralhome.com. As of February 2, 2021, the State of Illinois “Tier 4 Mitigations” regarding funeral attendance limits for the City of Chicago and Suburban Cook County allow no more than 50 guests at a time in the funeral home. All guests are required to wear face masks and practice social distancing. It is recommended that if you are not feeling well, you should not attend.

The family of Thekla Maria Noegel (nee Lampen) created this Life Tributes page to make it easy to share your memories.