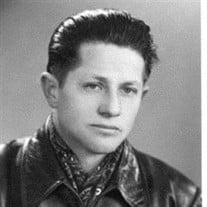 When Michael Plei was born on October 25, 1923, his relations expected him to become a farmer, marry locally and stay in his village of one thousand people probably for the rest of his life. His ancestors had been there for well over 100 years. World powers had something else in store. Maternal grandfather, Andreas Klein, had brought his young family back to Europe from a second stay in Chicago only a few years earlier and soon married off his eldest daughter to Nikolaus Plei. The Kleins remigrated to avoid the anti-German sentiment following World War I. When they arrived at their old village of Neupanat, it was now located in the country of Romania; it had been part of Austria-Hungary when they left, otherwise things were unchanged. With the money that the Kleins had made in the U.S., Andreas was able to become a big landowner and buy the village’s only threshing machine. Michael’s mother, Maria, was a teenager working in a factory before she returned to become a farmer’s wife. One anecdote from his youth had 2-year-old Mich-eye-el (the German pronunciation) falling into the family well where grandfather plucked him out. Another goes: the village houses were small, and with three younger sisters and a still younger brother, plus indoor grain storage, he found it easier to sleep in the barn. He was a poor student but he would have had to leave school early anyway when his father became ill. Nikolaus Plei would die at age 39. As World War II began, this area of Romania was largely spared until the last year of the conflict when Michael was drafted into the German army. He was not sent to any Front. Having suffered a left-hand injury as a child, he instead became a guard stationed at various spots including the house of the famous scientist Wernher von Braun. After German surrender, he would spend several years as a prisoner of war in England, learning to add cream to his tea. Somehow amongst all the turmoil and displacement, he was reconnected with his mother and sisters, Elizabeth, Marian, Katharina, in Austria. The women had fled the advancing Russian army while younger brother Nikolaus was away in a neighboring village. He, unfortunately, was left behind and the brothers would not see each other for over 30 years. After residing in Austria for the first half of the 1950s, Michael joined many of his extended family in coming to Chicago in 1955, where his mom had learned English so long ago. Instead of taking the arduous ship crossing, he came by way of Pan Am World Airways and bus. Soon Michael was introduced to Anna Fendt, a fellow Donauschwaben, who had similar experiences as a young adult when her family fled from Yugoslavia to Austria and then to Chicago. The couple married in August 1957, had two children, lived in Chicago then Morton Grove then Des Plaines, and basically lived the American dream. A 1990 visit to their birthplaces solidified their happiness at living in the U.S. Indoor plumbing had yet to arrive in these areas and people were still using horse-drawn wagons (at least with rubber-tired wheels). Michael and Anna retired as factory workers and began their new careers as full-time grandparents in the 1990s. When well into his 90s, he was teased that he was retired for a longer time than he actually worked. He leaves behind son Michael Nicholas, daughter Anna Margaret, son-in-law David Klimczak, granddaughter Jacklyn and grandson Nicholas, and sisters Elizabeth Leptich and Katharina Schaeffer. Wife Anna died in 2009. He loved to watch “The Wheel” and Jeopardy and was most happy one day when he knew the question to the answer “He invented the V-2 rocket” while no contestant did. “Who was Wernher von Braun?” of course. A Graveside Service will be held on Monday, June 27, 2022 at All Saints Catholic Cemetery, 700 N. River Road, Des Plaines, at 10am.

When Michael Plei was born on October 25, 1923, his relations expected him to become a farmer, marry locally and stay in his village of one thousand people probably for the rest of his life. His ancestors had been there for well over 100 years.... View Obituary & Service Information

The family of Michael Plei created this Life Tributes page to make it easy to share your memories.

Send flowers to the Plei family.