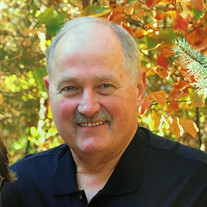 Charles Stempien Sr. (January 25, 1952 – October 3, 2020) Charles (Charlie) Stempien, 68, of Stevensville, Michigan passed away at Lakeland Medical Center, St. Joseph MI, on October 3, 2020. Charlie was born to Helen and Steven Stempien and raised in the Chicago land area. Growing up, Charlie was a standout athlete and basketball star while at Fenwick High School. At the age of 20 he married his wife Barbara (Barb) Schabow and the two raised four boys in Mt. Prospect. Charlie was an active part of the boy’s lives in coaching various sports teams, serving as the athletic director at St. Emily’s School, and serving as the President of the Mt. Prospect baseball association. At the same time Charlie ran a series of successful businesses in Chicago for more than 2 decades while also serving as a fireman for the Mt. Prospect Fire Department. In 2000, while two of Charlie’s four sons took over his Chicago businesses, Charlie and Barb moved to Stevensville MI with the intent of transitioning into retirement. Over the next 20 years, along with Barb, Charlie engaged in the successful creation of three local businesses in the St. Joseph MI area: Roosters Party Store, Liquor Locker, and Beverage Specialists. During those years his favorite things to do were spend time with his family, particularly as his family expanded to include 6 grandkids, sit out on his outdoor deck, and continue running the businesses. These years were some of his most enjoyable as living in Stevensville was truly when Charlie felt most relaxed. For the last 3 years Charlie felt the pride of working alongside his son Michael within the businesses on a daily basis. He was preceded in death by his mother and father. Charlie will be missed by his wife of 48 years Barb; his four sons Charlie Jr (Allison) of Mt. Prospect IL, Jeremy (Carole) of Scotch Plains NJ, Michael (Dana) of Stevensville MI, and Jim of Chicago IL; grandchildren Charlie Stempien III, Christopher Stempien, Bridget Stempien, Julia Stempien, Laney Stempien, and Michael Stempien; brother Tom Stempien of Des Plaines IL; sister Lydia Kendrick of San Antonio, TX; as well as a host of nieces and nephews, extended family members and friends. Visitation Wednesday Oct. 7, 2020 3 – 9 P.M. at Matz Funeral Home, 410 E. Rand Rd. Mt. Prospect. Charlie will lie in state Thurs. from 10:00 AM until time of mass 11:00 AM at St. Emily Church, 1400 E. Central Rd. Mt. Prospect. Interment will be in All Saints Cemetery, Des Plaines. In lieu of flowers, memorial donations can be made to the American Cancer Society. 847/394-2336

The family of Charles William Stempien Sr. created this Life Tributes page to make it easy to share your memories.

Send flowers to the Stempien family.